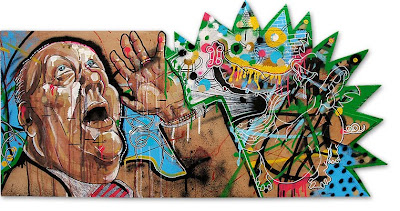 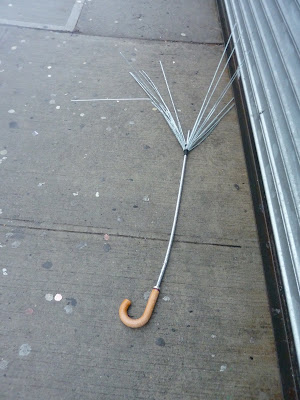 I saw death umbrellas sleeping on the road. It was 7 in the morning when we returned home after a long night. I was taking pictures and walking in circles, thinking about how could it be to become a man. I mean, if we´ve spent 2 hours in a Mexican restaurant, with Mexican food, Mexican workers and Mexican transvestites, if I am not Mexican, not worker, not transvestite, I am just a woman... How could be my life if I decide to be them: worker, Mexican and transvestite. But for some reason this was the last think I thought. 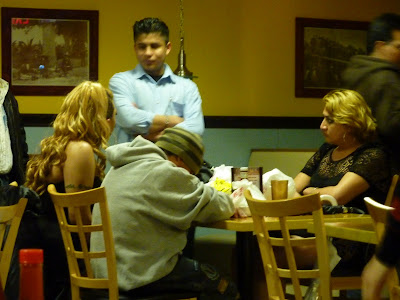 First of all I was wondering how could be to live in NYC for a long time. It is nothing weird with the city, you can realize you are at home because everybody is welcome. Secondly we been running from Upper West Side to Lower East Side breathing the air that belong to Central Park, so this means you can have a certain quality of life in certain parts of the Big Apple. Thirdly I thought why I should through away the past and do something different. Am I tired of being in this world? Is that all? You, mother earth, don´t have anything more to offer, more than insert me in a society with its rules and do everyday a boring routine? Maybe I am lost again. Changing cities, changing what?

So then the image of me being someone different, maybe changing my sex (because my hair, or the colour of my eyes is so easy to do) became a reality. Is not that I wanted to be a man, no way. It is just that I was tired of myself, my thoughts, my words, my memories, my face. I remembered Kobo Abe and the character of his novel Tanin no kao trying to build his face... I thought I wanted to destroy it. Like the ill umbrelas in the city, after a windy rainy day, transformed, barely naked in their iron armor, canvas broken, lost handle. 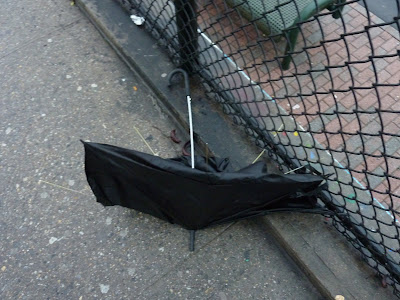 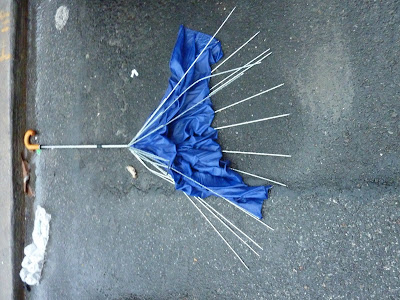 The image is sad, I know, but I could join the same thought of a Mexican worker transvestite with a dying motherless child umbrella. If you ask me why is because that night we spent together was like a lovely thundercloud in which we decided separate forever. Maybe that´s why I wanted to be someone else, totally different. Was I afraid? 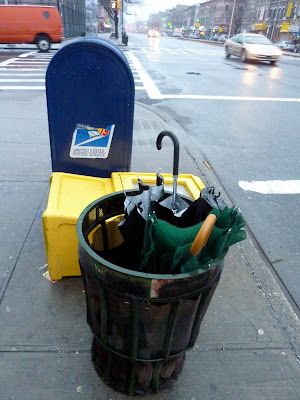 But know that I´ve decided to became a bare umbrella an live in a rubbish bin in Brooklyn, now, my dear, I don´t miss you. From my place I can enjoy the neighbourhood, listening the arguments between the Mexican transvestites, workers, dealers, families... people that decide to leave their countries to follow the American dream. Now is not a problem the hard wind, or the painful rain, or a long night without you. I have everything I need, except a pair of shoes to run inside Central Park. I will ask for it in my next life.
Publicado por 2Win 6 comentarios: 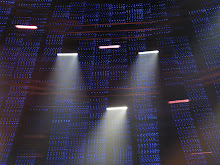 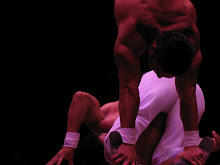 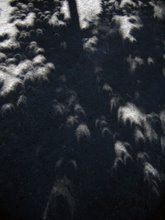 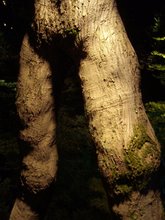 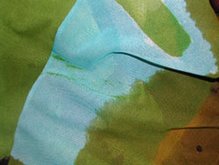 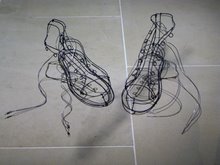 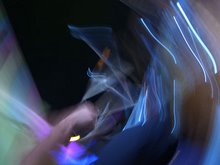 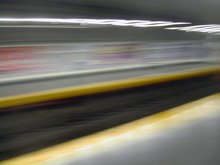 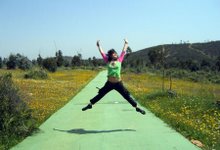 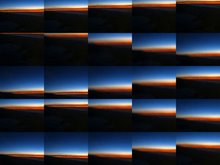 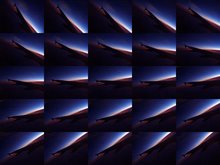 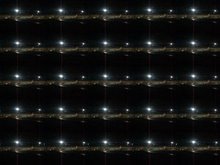 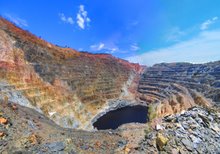 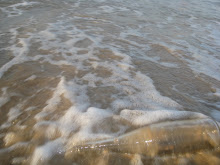 Another house where I lived, Boñar